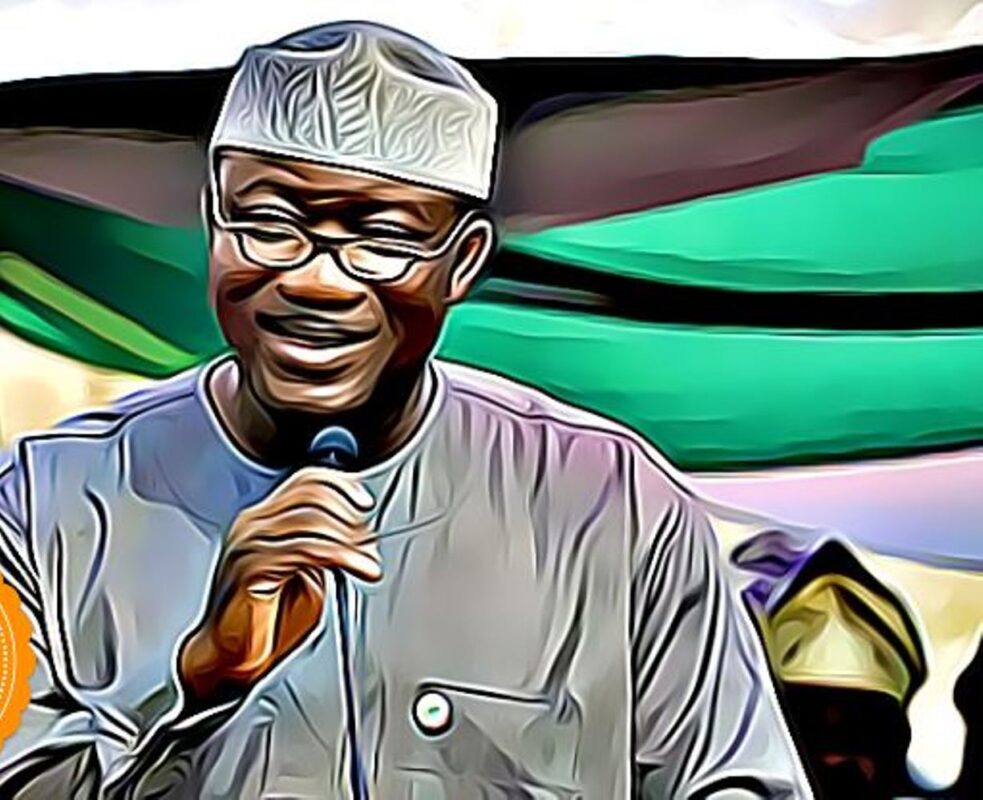 Ekiti State Governor, Dr Kayode Fayemi at the weekend said his administration would soon begin the reconstruction of Ado township roads many of which have become deplorable as a result of lack of maintenance in the last four years.

The governor made this known during an inspection tour of some projects including the Adunni Olayinka Civic Centre, New Ado – Iyin road and World Bank-funded rehabilitation of Ureje waterworks treatment plant as well as the new water reservoirs and replacement of water pipeline from Ero dam to Ado Ekiti.

Dr. Fayemi said the government has concluded plans to make the township roads motorable but was delayed by the heavy rainfalls this year.

The governor explained that his administration had spent the last one year rebuilding the State and attending to projects that were abandoned by his predecessor as well as completing ongoing ones because his government does not “have a culture of abandonment”.

He added that most of the projects he initiated during his first term that were abandoned by his successor in office would be completed and commissioned next year.

“The first year was basically a year of rebuilding and restoration because there were things that were left and were hardly touched for four years that I left here.

“So we spent the last one year reviewing the projects, rebuilding them and restoring all that were abandoned and completing projects that were also started by my predecessor but may be taken halfway because we don’t have a culture of abandonment.

“If you go to Oja Oba it is virtually completed. We are also completing other things that were not completed, those we left and those we met, either they were community projects or state-wide projects”.

“The Lagos Liaison office is completed now. This Civic centre is about to be completed. All the plug and play facilities are now in place at the Ekiti Parapo Pavilion. The rains are off.

“The contractor is now back on Ado –Iyin road and we could see evidence of that with the crushing of rocks, clearing of the roads, fixing of the drains. It is a first-class job that they are doing there.

“We will restart work on Ado township roads now that the rains are gone”.

Fayemi who identified paucity of funds as a major challenge of the government said his administration is being creative in the management of its meagre resources so that the goods of democracy can be delivered to the people of the State.

At the Ado waterworks outstation, the governor directed the contractor handling the construction of a 2000 cubic metre water reservoir to loop it with the old reservoir so that it could supply more water to the public.

The reservoir which the contractor promised will be ready by February 2020 will be serviced by Ero dam as its transmission pipelines are already being laid.

Work has reached 25% on the 7.3km new Ado-Iyin road as the contractor handling the project has started constructing the drains and continuing earthworks now that the rains have subsided.

Fayemi was accompanied on the inspection by the Commissioner for Works and Transport, Mr Sola Adebayo, his Public Utilities and Infrastructure counterpart, Hon. Bamidele Faparusi, Special Adviser on Road Infrastructure and Transport, Hon Sunday Adunmo and the General Manager, Ekiti State Water Corporation, Engr Bisi Agbeyo, among others.