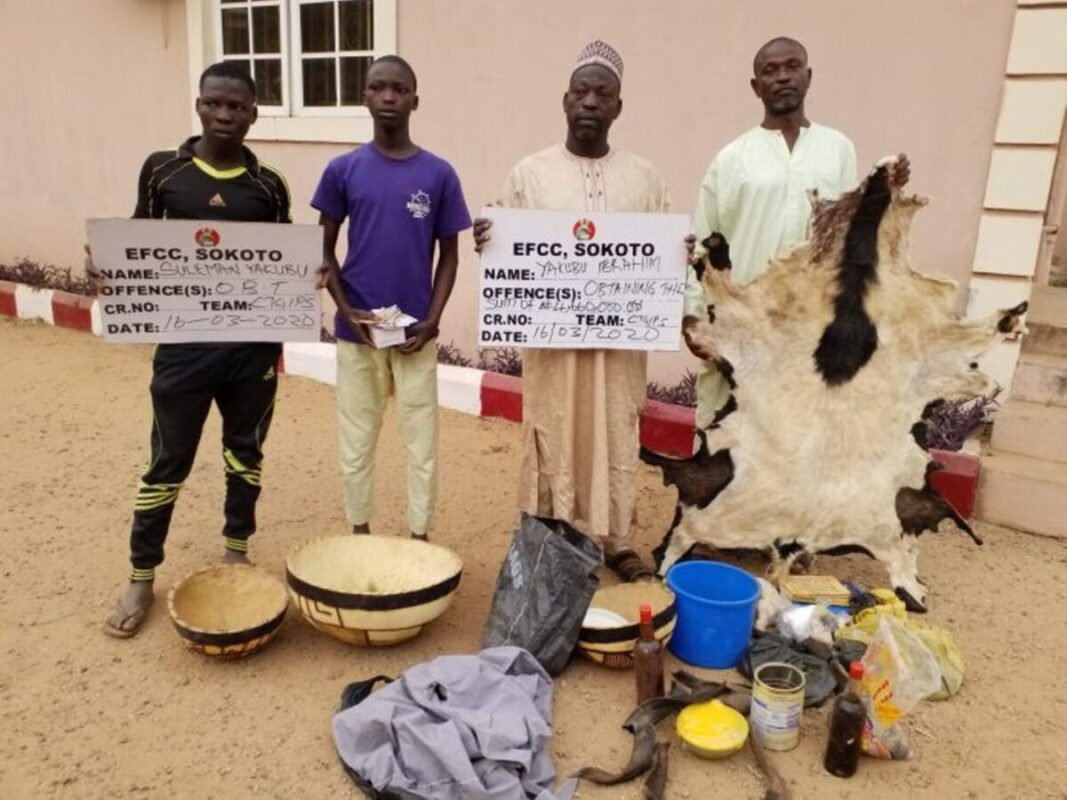 According to Tony Orilade, EFCC Acting Head, Media & Publicity, the petitioner alleged that about three to four months ago, one Aisha of Mabera, Kantin Sani Area of Sokoto took her to Yakubu at Gidan Sanda for prayers to enable her business grow.

The suspect, however, demanded money to connect her with his ‘Spirits’ so that she can become extremely rich.

She further alleged that the suspect assured her that he will pray for her and her business will expand, but that she had to buy some perfume, honey, turkeys and a ram for the prayers.

For that, the suspect collected several amounts of money from her on different dates through his sons – Ibrahim and Suleiman.

He also presented himself as having supernatural and spiritual powers to transform her misery into wealth; but after giving him the N4,660,000 her business fortunes didn’t improve, instead, it became worse.

Investigations revealed that Yakubu at various times collected money ranging between N157,000 to N145,000 on different occasions, from the victim.

Yakubu, his two sons – Abba and Suleiman, including their partner in crime, one Kasimu were arrested by EFCC operatives in a commando-style operation while trying to extort an additional sum of N105,000 from their victim.

The cash sum of N10,000 was recovered from Yakubu. His method is to make his victims believe that he possessed some form of supernatural abilities of communicating with spirits, while in the actual sense, they are mere tricks which he uses to deprive them of their hard earned money.

Efforts are on to recover the money while the suspects will soon be arraigned in court.

Wed Mar 18 , 2020
Press Statement: This morning, the Honorable Minister of Health, Dr. Osagie Ehanire, announced a positive case of Coronavirus in a patient in Ekiti State. The Ekiti State Taskforce on COVID-19, headed by His Excellency Dr. John Kayode Fayemi, can confirm that we have recorded an incidence of a Nigerian male, […]