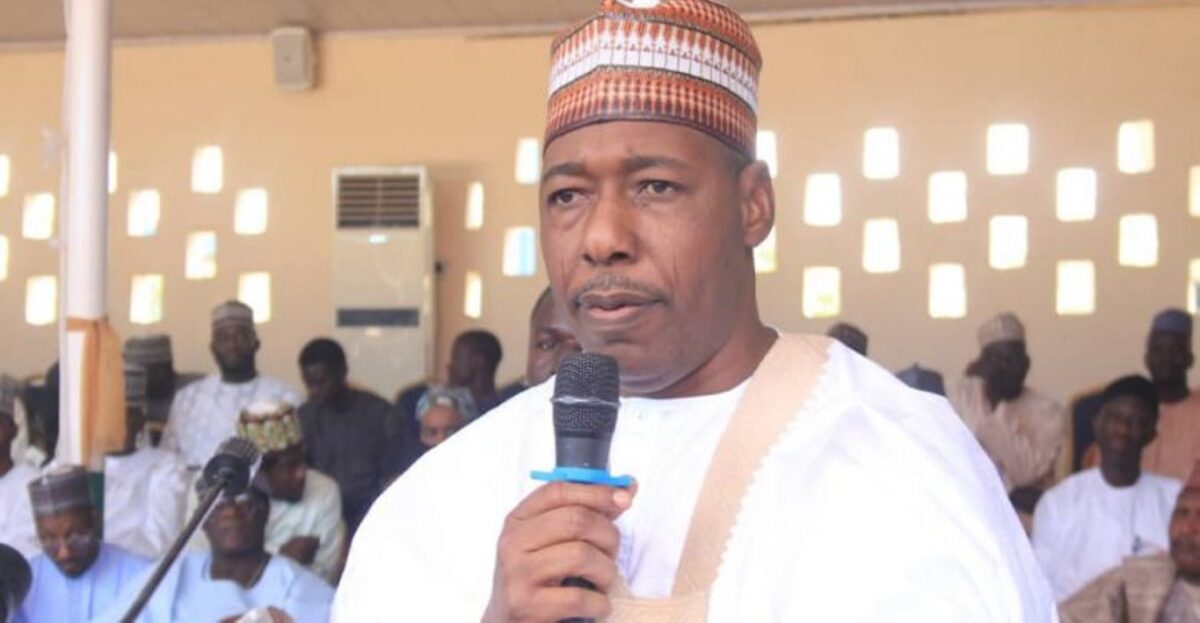 The Borno State governor, Babagana Zulum of Borno has engaged 30 clerics over the unending Boko Haram insurgency in his state.

Zulum’s spokesman, Isa Gusau in a statement said that the government engaged the 30 residents of Makkah, Saudia Arabia to intercede for the state affected by a decade of Boko Haram violence.

Gusau disclosed that the governor sealed the agreement with the selected persons who are residents of Makkah, to permanently offer daily ‘Dawaf’ (circumambulation of the holy Ka’aba ), to offer prayer for the return of sustain peace in Borno and the country.

He said that the 30 clerics, who hailed from Borno, Katsina, Zamfara, Kano and parts of the northwest, have for decades devoted themselves in spending hours at the Ka’aba daily for the purpose of worship.
Gusau explained that an old man among them was said to have been a Ka’aba devotee in the last 40 years.

Ka’aba is the Islamic holiest place located inside the grand Al-Haram ‎mosque in Makkah.

“The critical move is aimed to combine different approaches that include sustained support for the Nigerian Armed Force; aggressive mass recruitment and equipping of more counter-insurgency volunteers into the Civilian Joint Task Force (CJTF), hunters and vigilantes as well as socio-economic approach to enhance access to education, job opportunities and providing other means of livelihood through social protection initiatives,” Gusau said in the statement.

“Rather than sending anyone, I am here, on behalf of the good people of Borno. I thank you so much for your empathy and the compassion in devoting yourselves to prayer for us every day at the Ka’aba which for us as Muslims, is the most sacred place.

“We need prayers more than ever before, we are handling our problem from different approaches. Prayer is key to everything that we seek.

“We will continue to seek prayers from many fronts. We will keep supporting our clerics of different faiths in Nigeria for prayers and we will seek the same from all of you that are always here around the Holy Ka’aba.

“I beg you continue to pray for us towards achieving three things: first, for us to regain peace in Borno State, the north and Nigeria in general. We will have to continue to pray on permanent basis because we need peace to be sustained.

“Secondly; we need prayers for us to achieve our ambitious plan for Borno State and lastly for Allah to make us remain focused and not to get carried away by power” Zulum was quoted as saying in the statement.

Gusau added that governor had returned to Nigeria on Saturday.

Sun Oct 6 , 2019
Ekiti State Governor, Dr Kayode Fayemi, has commiserated with the leadership of the Nigeria Supreme Council of Islamic Affairs (NSCIA) over the passing of the Deputy President-General of the Council, Alhaji Sakariyahu Babalola, last Wednesday in Lagos. Babalola, Chairman of Telemobile Nigeria Limited, was also the President Muslim Ummah of […]