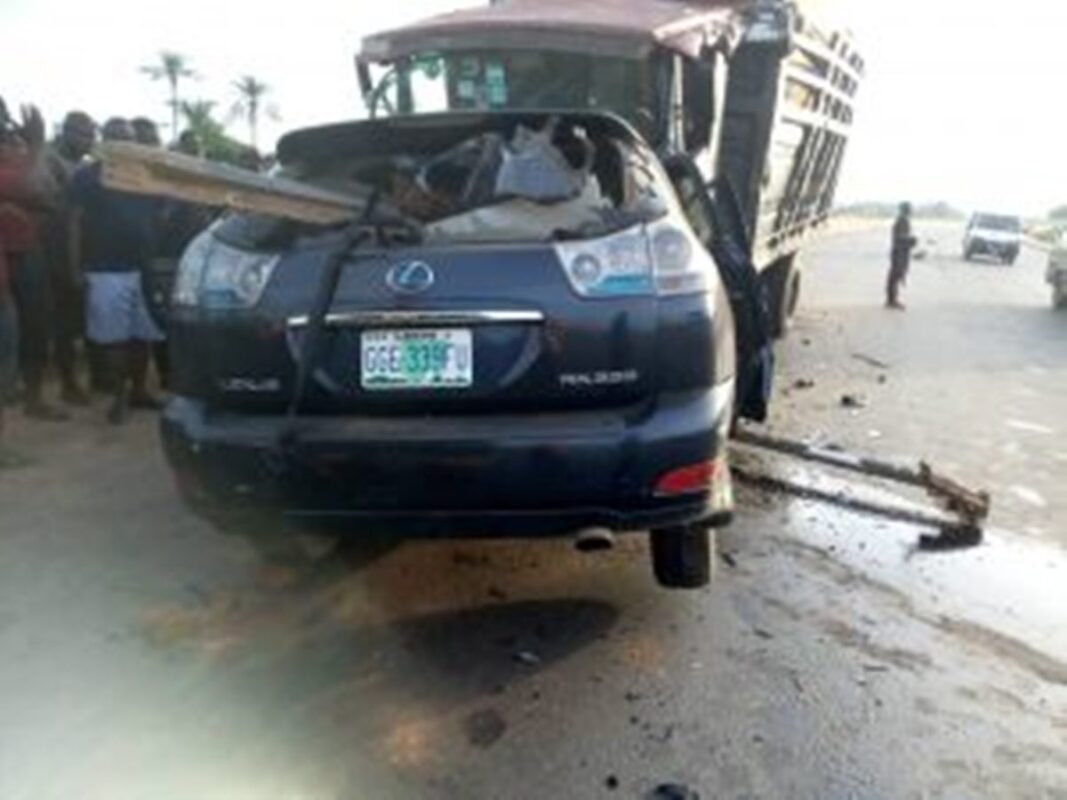 The Federal Road Safety Corps (FRSC), Anambra Chapter has confirmed that a driver died after a head-on collision between two vehicles on Saturday in the state.

Mr Andrew Kumapayi, the Sector Commander of FRSC in Anambra, who confirmed the incident in Awka, said the body of the deceased, a man, had been deposited at Wisdom Funeral Mortuary, Nteje.

Kumapayi said the accident which occurred along Onitsha-Nteje Expressway in Anambra on Saturday around 2 a.m. could be attributed to speeding and wrongful overtaking.

“The driver of the Lexus SUV tried overtaking but unfortunately had a head-on collision with the Mecedes Benz 911, which was unable to give way.

“The dead victim has been taken to Wisdom Funeral Mortuary Nteje while officers of the FRSC and Nigerian Police Force are on ground controlling traffic and clearing of obstruction caused by the crash,’’ he said.

The FRSC boss said the vehicles had being towed to the police station for further investigation.

Kumapayi advised road users and motorists to adhere to government’s directives prohibiting night travels from 8p.m. to 6a.m, especially during the period of COVID-19 pandemic.

According to him, people should shun night travels because the chances of getting help in the night is less than during the day.

FRSC condoled with the family of the dead, and urged drivers to drive with care and desist from speeding, wrongful overtaking and all forms of dangerous driving that could cause road crashes and avoidable deaths.

Almajiri Begging Bans in Nigeria: Why They’re Not Fit for Purpose

Sat May 2 , 2020
Author: Hadiza Abdulrahman Earlier this year, begging bans were announced in two states – Nasarawa and Kano – in Nigeria. There are some similarities as well as some differences between the two bans, and to a prior one in Kaduna state. I have been reminded several times that the bans are street begging bans rather […]

Commercial Driver In Court For Allegedly Not Remitting Weekly Payment