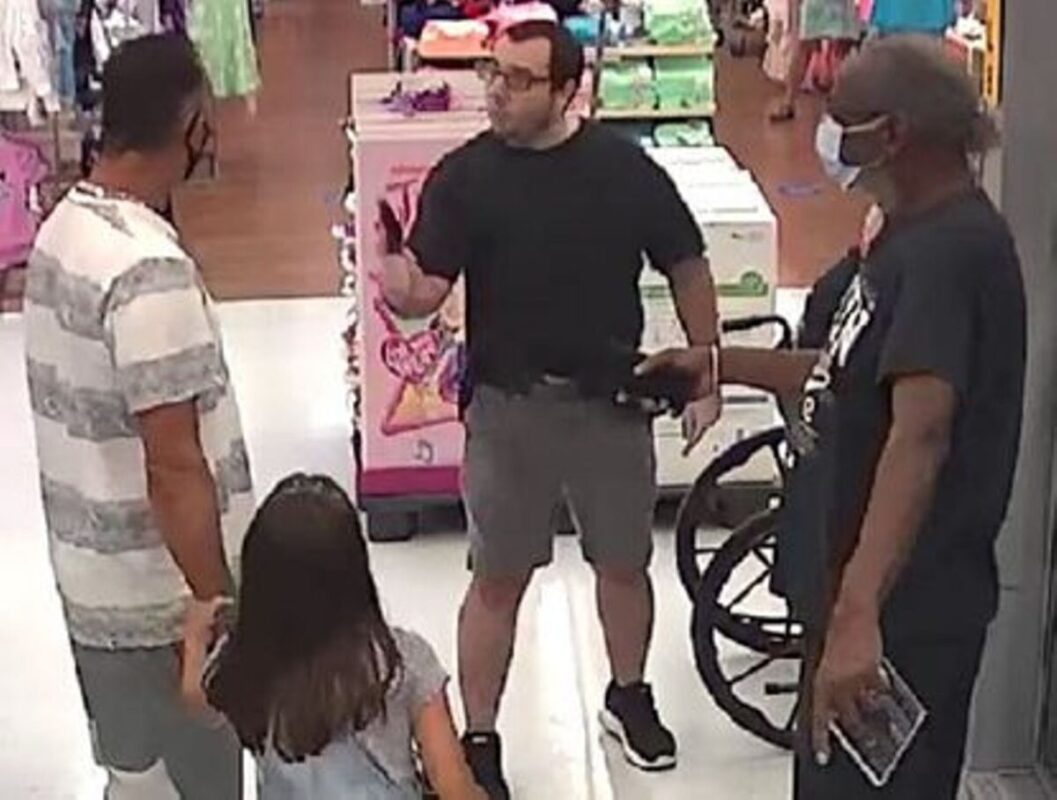 A man was arrested for pointing a gun at a fellow shopper who asked him to wear a face mask because of the coronavirus pandemic at a Walmart store in Florida, police in the US state said.

Vincent Scavetta, 28, was arrested for aggravated assault with a deadly weapon and improper exhibition of a firearm, the Palm Beach sheriff’s office said.

“Welcome to PBC Jail, son. Let this be a lesson. It could have ended badly,” the office wrote on Twitter on Thursday.

Scavetta had drawn the gun during a verbal altercation over his refusal to wear a mask.

Walmart, the world’s largest retailer, has since July 20 required everyone in its stores to wear face coverings.

But many Americans still refuse to wear them, and for months President Donald Trump and his political allies did not encourage their use.

Trump appeared to change direction earlier this week, however.

He tweeted a photo of himself wearing a mask with the message: “We are United in our effort to defeat the Invisible China Virus, and many people say that it is Patriotic to wear a face mask when you can’t socially distance.”

“There is nobody more Patriotic than me, your favorite President!”

Republican Florida governor Ron DeSantis, a staunch Trump supporter, is facing a heavy backlash for refusing to mandate the use of masks throughout the state. Some mayors have independently imposed such requirements in their cities.

Earlier this month in France, a bus driver died after being badly beaten by passengers after asking them to wear masks in line with coronavirus rules.

Fri Jul 24 , 2020
Villarreal announced on Thursday that former Arsenal and Sevilla boss Unai Emery is taking over as the La Liga club’s coach from the sacked Javi Calleja. The 48-year-old Emery was dismissed by Arsenal last November with the Gunners on a seven-match winless streak, their worst run since 1992. He led […]